What is Skyweaver? A Comprehensive Guide - Rainmaker Games

Skyweaver is an online card game that works on any device. The cards are legal to own, trade, and gift. Playing a game with a lot of strategic depth and a player-run marketplace is the best way to win tradable NFT cards. You can use this information to further your journey toward becoming a legendary Skyweaver.

For the past four years, developers have been hard at work on Skyweaver, putting it through numerous rounds of closed beta testing. This process of evolution has been continuous. Users have spent over 883,000 hours in the beta testing period.

Horizon Blockchain Games, situated in Toronto, considers itself not only a game developer but also a blockchain web wallet and platform. Bitkraft Ventures, CMT Digital, The Xchange Company, Khaled Verjee, and Zyshan Kaba have all contributed to the fundraising.

In Skyweaver, there are no barriers to entry when it comes to establishing business relationships or engaging in commerce. While many traditional games don't allow trading at all, other blockchain games pretend to have free markets but limit your access to certain marketplaces. You can take full ownership of your in-game possessions in Skyweaver. You are free to buy, sell, give away, or even destroy your possessions at any time.

Skyweaver Market purchases complete almost instantly, unlike those in other game item marketplaces. The Skyweaver Market removes all element of surprise from pricing by providing the current market price based on a transparent and equitable methodology. The beauty of open-source software is that you don't have to take our word for it; you can just ask any Ethereum fan to verify the code. 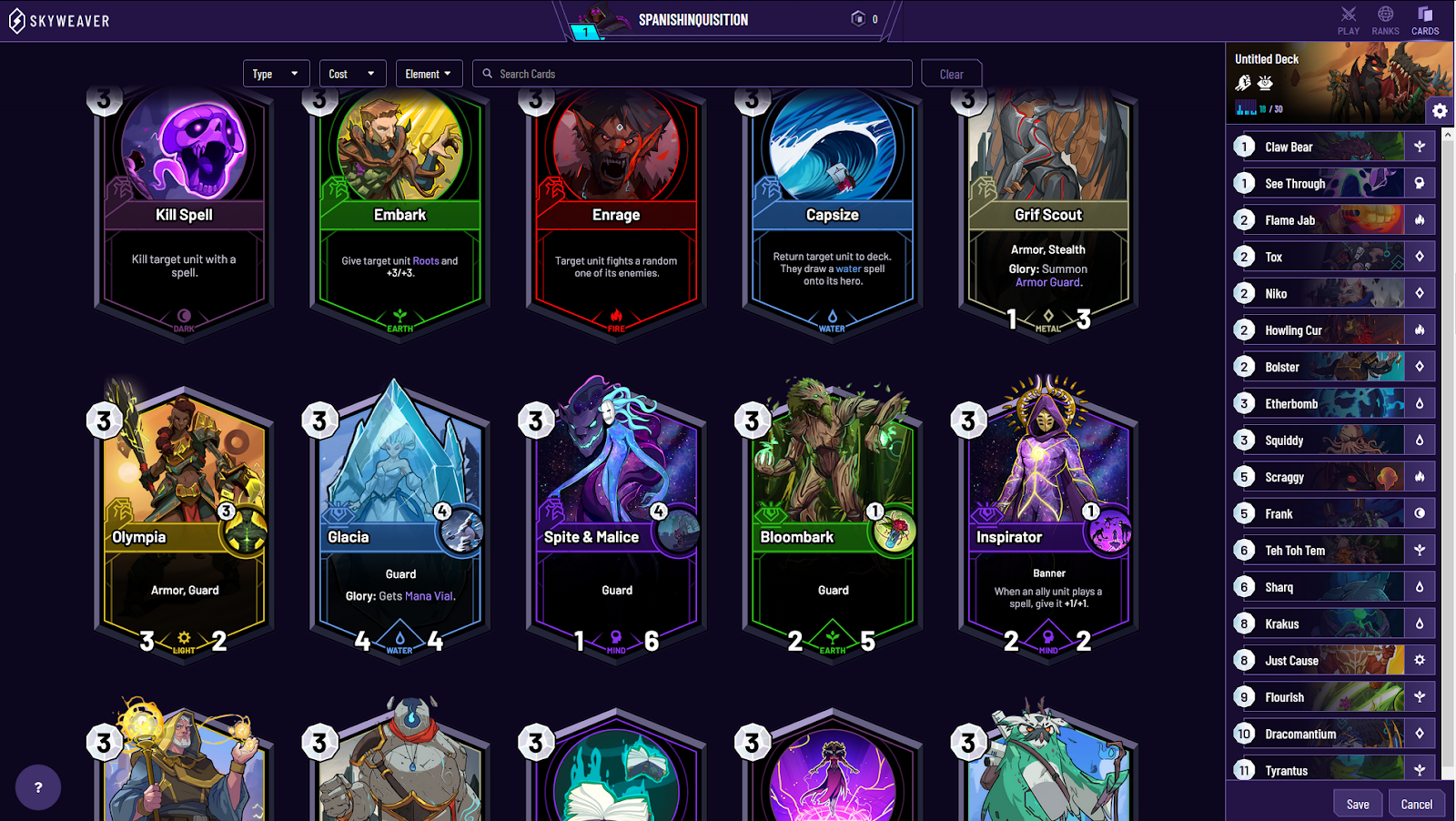 1. Straightforward and Simple to Learn

A deck, a hand, a mulligan, increasing mana, spells with one-time effects, creatures that combat with attack and health, and taking turns are all staples of the card game genre, and these are all present in SkyWeaver. Beyond the fundamentals, we've implemented a plethora of new features to greatly enhance the fun of play.

SkyWeaver is a game that may be enjoyed by everyone without any prior experience. Whether you are a complete novice or a seasoned pro at card games, you will find something to like here. 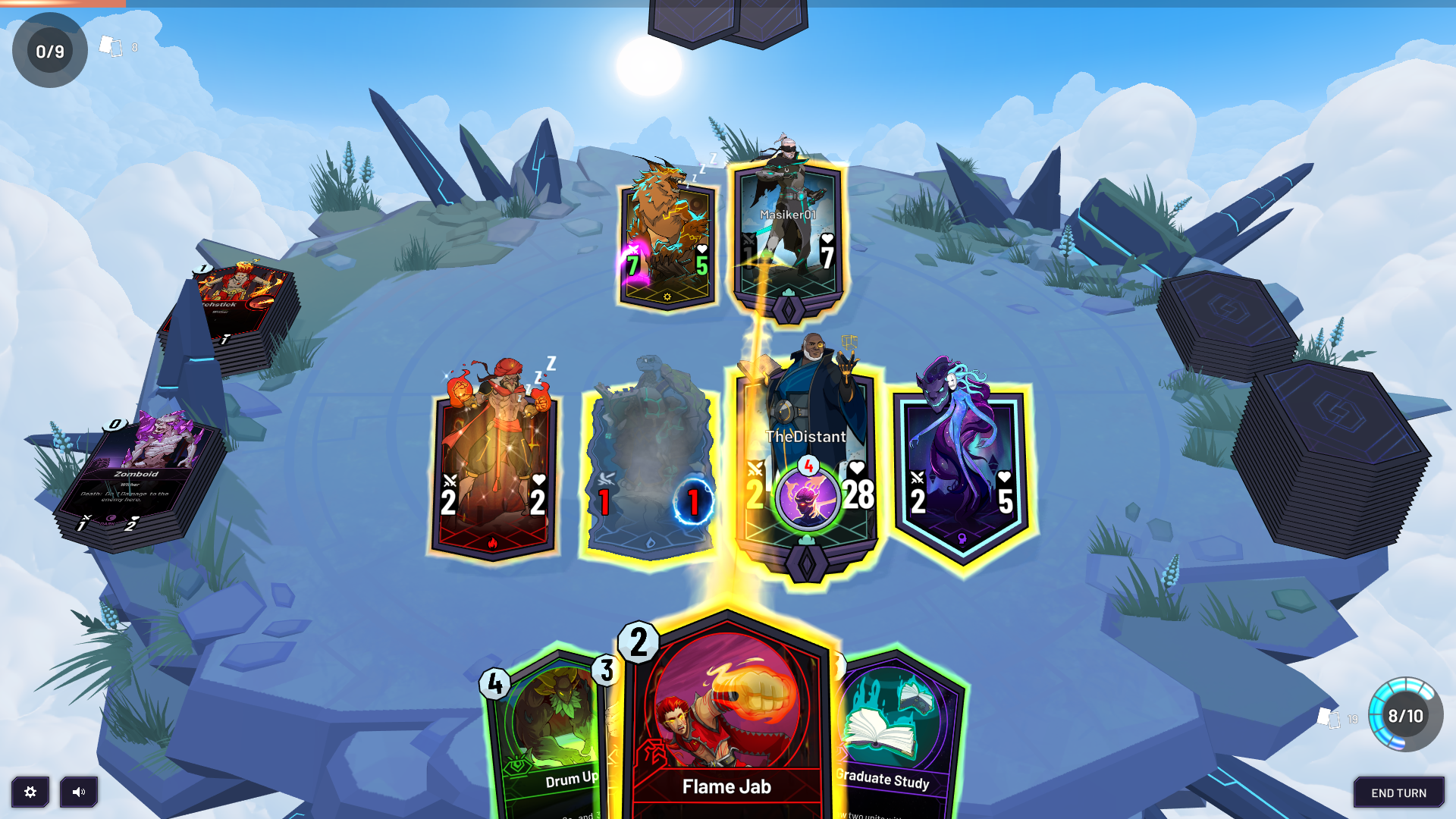 The matches you have with other SkyWeavers will always be exciting and full of surprises.

Matches are fast-paced and entertaining since your Hero (i.e., character avatar) is playable and your creatures cast spells. The singleton design principle dictates that you use exactly one copy of each card in play. Because there are no duplicate cards to worry about, deck building is more interesting, fights are more exciting, and results are more unpredictable when using the singleton mechanic.

3. Constructing a Deck in a Fun and Easy Way Within SkyWeaver, you'll find a deck builder that will allow you to create a deck that suits your play style perfectly. You may check out the best-performing decks on the leaderboard, and the upcoming SkyWeaver Shop will make it simple to exchange your cards with other players.

4. Adjust the Game to Your Preferences It's up to you, the SkyWeaver, to pick one of four distinct play styles, or prisms. You can switch between deck types and have access to new creatures and abilities with each prism. Heart, Wisdom, Strength, and Agility make up the first four prisms. Pick the prism that most closely resembles who you are, or mix two prisms to create a new one.

In every start of your turn in the game:

After you’ve drawn your card and gained your Mana for the turn, you can do any of the following:

There are three kinds of Card NFTs in Skyweaver: Base, Silver and Gold.

To purchase cards, please refer to their Opensea link.

Skyweaver can be accessed via browser and desktop client.

That's it for our beginner's guide on Skyweaver.  Start playing Skyweaver by clicking here. If you have a game you want to see published in Rainmaker Games, follow the steps on this  article, good luck.